Always Keep the Car Keys With the Gun 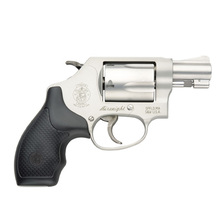 I knew this day was coming, but these things always come as a surprise. As an old man living alone, a sudden knock on the door tends to be unnerving. Suddenly, my small living room was filled with a few family and friends. “It’s always nice to see you all, but not at one time. What the hell is up?" I asked. My daughter said, “Dad we need to talk. We can't have you wandering around the state in your car and getting lost. The last call from you for directions home from upstate was very scary. You didn't know where you were and how to get home. For your own safety and to make life easier for you, we are going to help you with your day to day routine stuff. To help you, Dad, we'll need your checkbook, bank cards, bills, meds, and car keys.”

"You gotta be shittin me," I protested, and started bargaining. After many heated exchanges, I submitted. “Okay you can have the checkbook, bills, and meds, but leave me the car keys. I'll use it only to run down to the store." They persisted in their demands and finally I relented. "Alright", I said. “I’ll get the keys, but they’re in the bedroom." As I made my way to the bedroom, a voice called out, "Say Uncle Harvey, we'd also like that hand gun." It was my twit nephew, Bruce. "Ya, ya, alright already" I answered. Moving towards the bedroom my thoughts were racing. "This is it, it's finally the time to make my very last choice and very last decision," I murmured to myself as I shuffled down the hall to the bedroom.

As I pulled open the bed stand drawer, the keys lay with the Smith & Wesson snub-nose 38 revolver. A great little gun for close-in work, and doesn't leave shell casings all over the place if one doesn't care to leave evidence behind. I picked up the keys and grabbed what suddenly seemed a very heavy hand gun. Now I really began to absorb the seriousness of my situation, and felt sick to my gut. I thought I was going to throw up. "This is the moment,” I thought. “This is the last time for the rest of my life that I will actually have a real choice and make a real decision. I've just been subtly told that I'm not in charge of my own life any more, and from here on life is going to really suck at best.”

The keys were warm and feather light in my left hand compared to the weight of cold steel in my right. I'd often reflected on this moment to come, and always reassured myself that I would actually make the decision about my last days when my family came to take the car keys. "Do I give them the keys and gun, or do I let them unwrap my cold fingers from the handle of the Smith & Wesson. Either way I'm just a dead man walking."

"Ah, fuck it," I said aloud to myself. "I always said that a man who took his own life always killed the wrong person. And, just maybe my last decision should be about others instead of myself. I guess they call that the loving thing to do, ya, right." With a sigh I got up, paused and drifted slowly back to the living room. As I raised my hand to give my daughter the keys, I said, “Here are the keys, but the gun wasn't where I thought I left it. I'll look for it tonight. Bruce, can you come by tomorrow and pick up the gun?

"Sure Uncle Harvey," said Bruce. "Can I pick up anything for you?"

My Uncle Harvey is such a twit. When I asked him for his gun last night he seemed very much annoyed. "Ya, ya, Bruce, alright already." I really didn't want to bug him more about it so we agreed that I would pick up the gun on my way to work. However, my night was very unsettled, because I kept thinking what that old fool might do alone with that stupid snub nose of his. I left early for work so I could drop in on Uncle Harvey and make sure he was okay and get that damn gun.

I felt a sense of dread as I approached the front door. As I reached the door handle, it felt strange that the door was unlocked. Suddenly a gunshot rang out, scaring the shit out of me. "Oh my God, Uncle Harvey!" I exclaimed as I ran into the house. Then, even more shocking, another shot then another with the report coming from the back yard. I ran through the house and saw Uncle Harvey standing in the back yard, his back to me, holding the 38 by his side. "Thank God,” I breathed. "Uncle Harvey what the hell is going on, are you alright?" As I started to run to him he turned around and pointed the gun at me and ordered, "Stop right there, kid."

"What the fuck, Harvey?" I stammered as I skidded to a halt and raised my arms. "I figured you'd be here bright and early," said Uncle Harvey. "So I fired off a couple of shots to wish the neighbors good morning and now, Bruce, you are going to be part of my little plan."

"What plan?" I asked. “You know, Uncle, the cops are probably on the way and you are scaring the hell out of me and the neighbors."

"Ya got that right with the cops on the way. That asshole next door calls the cops when I fart too loud.  So you're right Bruce. I'm sure the cops are on the way. But before they get here I need to shoot you."

"Come on, Uncle Harvey. Are you insane? Please let’s talk. Put the gun down," I said with fear gripping my insides.

“It’s only gonna hurt a little if you keep real still," Uncle Harvey said with determination. "Ya see, I know what's waiting for me. Some shit-hole nursing home and diaper changes. When you guys came to get the car keys, I knew I had one decision left before my life was over. So I've got this plan that I've been thinking about for a long time and I got it figured all out. I'm going to prison."

My jaw dropped, and I stared at Uncle Harvey dumbfounded. "Well, here's the plan." he said "I've been watching those prison shows on TV about life in the slammer, and I figured my end days would be a lot more interesting in jail then what you've got in store for me. Hell, kid, the state will pay for taking care of me and I'll just be a crazy old man in jail so I'm no threat to anybody. Hell, maybe I can get one of those gangs to adopt me as their grandpa and they get to call me Pops. Kinda like a gang mascot.”

Uncle Harvey went on as he took aim at me. "The only way I can guarantee to do some hard time is to actually shoot somebody with a gun. The judge has no choice. Right? So Bruce, I'm sorry but if you hold real still I'll just wing you in that big fat love handle you have hanging over your belt."

I heard the shot and screamed and dropped myself to the ground. The shot was accurate and true. The bullet glanced off the top of the third rib with just the right angle to strike the heart and explode the aorta.

When I looked up I saw Uncle Harvey's body crumple to his side and he was dead before he hit the ground. The cop at the corner of the house lowered his revolver and came running toward me.